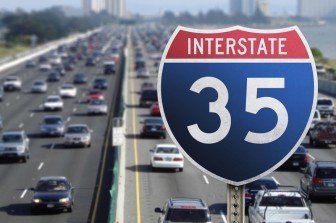 After the climatic crossing to Texas, we hit full gas (an overwhelming 50 miles/h), in order to flee the border zone as soon as possible. The dusk took us by surprise in a resting area of the Interstate Highway 35, in the outskirts of San Antonio, where we spent our first night in United States territory.

The dripping from Adelita’s roof set the wakeup time. Outside there were no more cactuses, sahuaros or mesquites, but a sea of concrete cut off here and there by Love’s Travel Centers and gas stations from several different companies. A sad reflection of the future awaiting Mexico thanks to the recently approved energy reform initiative.

The rainy morning gave this land of oil giants an even greyer aspect, and the only thing in our minds was to keep driving up to Houston without going through the chaotic traffic of San Antonio.

However, a reluctant stop at McDonald’s to use the internet would change our fate, and remind us that the best plan is to have none. 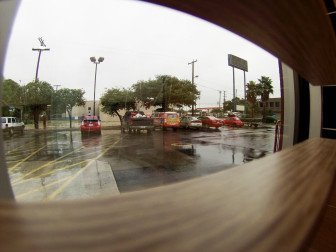 – Are you the guys from the hippie-van? – asked a chicano* voice coming from a muscly guy with a long beard and a headband. His name is Adolfo and he is from Piedras Negras, but it had been thirty years since his parents had brought him to San Antonio.
– Yes, my friend – replied Pato Che drinking a one-dollar coffee.
– How long are you staying around? It’s just that, I got in your website and I think you can’t leave San Antonio without getting to know the organization where my sister works.

When he explained to us the work done by Esperanza Peace & Justice Center, we did not even hesitate. A few hours later, we were at the gates of this NGO that seeks to defend the rights of women and the Mexican-American community through art and culture.

Their mission: to build bonds between people and organizations in order to promote an exchange of ideas, education, and citizen empowerment. In order to achieve this, they provide information and organize debates and expositions about labor, environmental, Latino culture preservation, and gender diversity issues, among others.

We were welcomed at the headquarters on San Pedro Avenue by Susana, “Fito’s” sister, who wore an indigenous embroiled blouse and a radiant smile. In the blink of an eye, she found us lodging and scheduled everything necessary for a series of interviews. 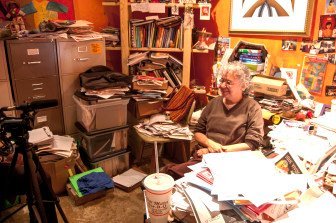 “This started out as a dream for many people, but especially for women like us who felt left out. There were human and civil rights groups, but they were made up of men only. They didn’t include the women, nor the gay community, who in that moment were erased from politics,” said Graciela Sánchez, founder and director of Esperanza Peace & Justice Center.

“Esperanza was founded in 1987 in the midst of a national policy focused on domestic affairs, because we were going through the Central-American guerrillas and all the madness happening in Mexico. We wanted a space for communication that was very necessary for this super-conservative and militarized city. Being daughters of San Antonio, we didn’t want to go out to San Francisco or New York in order to perform the political job were able and had the right to do,” said Graciela, proud of her origins.

“We have survived for 26 years, even when we were robbed of our first building and went to trial with the City. And after all this time, we’re still working to have an impact on young people, whom the TV and schools educate in a racist, homophobic, and snobbish way (…) the only thing they’re learning is to hate each other (…) We want to help them achieve self-knowledge: who they are, where they come from, and their ability to bring about the change we need so much,” she finished. 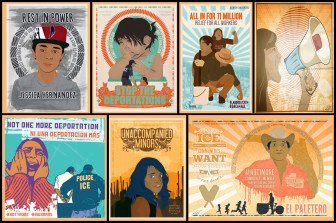 “Here in San Antonio, it’s very curious – said Susana, who acts as a community director at Esperanza –, people aren’t considered as Mexicans or as Americans. Our story is one of oppression, which started with the colonization from Europe; it went through the annexation of great part of northern Mexico to the United States, and it’s not over yet.

“We can see it the moment we take a look at our San Antonio, spreading races, classes, and colors. In the 40’s, when the urban development projects started, they sent the Mexicans to the west side and the blacks to the east side, and that’s how the spreading began. Nowadays you can see the difference at the supermarkets, which don’t offer the same products in the wealthy areas as they do in the poor ones, even if they are from the same chain,” she pointed out.

“It could be assumed that Latinos live very well, because we’re a large Spanish speaking population, but we’re constantly harassed and we work in bad conditions. The Alamo, for example, is a city landmark, but Texans are altering history by telling the tourists that the Texans won, selling the idea of colonialism.

“They say San Antonio is as close as you can get to Mexico without drinking the water, when Latinos are the ones working for tourists here, the ones who cook, clean (…) Only we’re not really Mexican. We are Mexican-American. They are trying to erase our culture.”

Another inconvenient, Segura pointed out, is that they are beginning to demolish historical places of the Latino culture, like Lerma’s Night Club, where chicano music was born.

That is why “we are trying to fight in many fronts: starting by educating towards health and social justice to make them see the reality,” she held.

“You can ask lots of people whether there’s any racism and bigotry and they say No, but every day we see people who work very hard and earn very little, who have diabetes and health problems due to their eating habits. But people think everything’s fine, that we have clean water. They don’t realize how the companies doing fracking are polluting our aquifers. They don’t see mother earth’s rights as something important,” she emphasized. 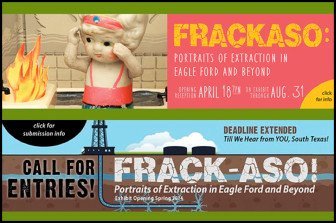 “We have a lot of pollution due to fracking. There are big companies like Valero and Tesoro located here, in San Antonio,” said Marisol Cortez, contributor to the association, and director of the school program “Bridges of Power.”

“We are located in a county north of the Eagle Ford basin, and our Edwards aquifer is in danger of being polluted, because the water being used for fracking is going back into the aquifer. Besides, the reserves are running out. The problem we perceive and that we put forward at the ‘Frackaso” exhibition, is the damage suffered by the communities adjacent to Eagle Ford.

“Eagle Ford may not be directly our back yard, but it’s affecting out air quality, and the highways are being wrecked by the companies’ heavy traffic. They do not pay for this wreckage, and they are making huge profits from the taxes payed by civilians.

“It’s a situation where very few people with land ownership rights are standing the benefits, whereas the poorest and most vulnerable communities are getting no benefits at all. They’re kicking them out of their lands to give them to the oil companies, but those will only stay as long as they’re still profiting, then they’ll walk out and leave irreversible damage.

“An anti-fracking movement in defense of the environment, which Esperanza is part of, has started in San Antonio. We plan from art and creativity. With ‘Frackaso” we gather stories from people who were affected that have no place elsewhere: those of Mexicans and Indigenous folks, and black folks who live in distant communities.

“I think that’s what our contribution, our process as Esperanza, is about: creating those bonds that didn’t exist before, creating empathy through information. For us, that’s already a victory,” she concluded.

Epidemic on the way 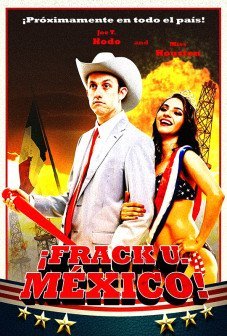 It has been estimated that ten years after the beginning of the shale gas fever in Texas, and its extraction through the hydraulic fracture method, 80% of the wells are in decline.

The companies no longer making a profit in United States territory are now gazing towards northern Mexico, driven by the energy reform initiative.

The Carbonifera and North Coahuilan regions, lands of the Kikapoo and Black Mascogan tribes, would be the most affected ones, for they are part of the Sabinas and Burgos basins, where 40% of the unconventional hydrocarbon reserves in Mexico are concentrated.

The Coahuilan Government promotes fracking as a solution to the economic toll caused by the previous government, whose bureaucrats emptied the state public funds and invested the loot here, in San Antonio, where they have been charged with money laundering.

But until now, no authority has acknowledged the ecocide that fracking would represent for a state with aquifers at their peak. Texas is an example of what could happen to northern Mexico in the mid-term.

The power of art 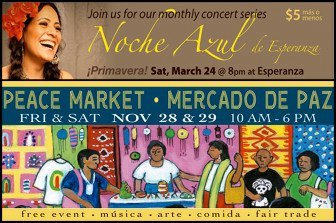 In addition to political activism (rallies, debates, protests, boycotts, and donating campaigns) to fight against measures that affect the most vulnerable communities in San Antonio, Esperanza has bet on art and culture as a tool for change.

Each year they organize the Peace Market, an outdoor market that offers handicrafts and quality products made by indigenous people from all over the continent. It also hosts plastic art exhibits, films projections, and concerts in order to promote Latino artists and raise funds for those who need it most.

– Do you think a better world is possible? –, we asked Graciela, who took a moment to think.
– Of course. But we must join forces to make it possible, and stop thinking in “my” world, to think in “our world.”

And that is just what Esperanza does: gather more people in a social struggle that knows no boundaries.

If you want to get to know the labor of Esperanza Peace & Justice Center, visit their website or Facebook page.
The front page picture and some of the posters in this chronicle are part of this amazing artistic (un)documentary work, done by Rommy Torrico.

*chicano: a person whose parents are Mexican and whose children are from the United States. It is a colloquial term to talk about Mexican-Americans.

Thanks to:
Adolfo Segura, “Fito,” for believing in our work and being the link for this wonderful experience.
To Graciela Sánchez, Susana Segura, Marisol Cortez, Itza Carvajal, Saakred, Rachel Hinojosa, and all the Esperanza Peace & Justice Center team for the important labor they carry out in favor of the Latino community.